Chances are you’ve heard of the latest craze that has swept the globe, Pokémon Go! is the augmented reality smart phone app that gets you out the house and exploring* local and far away locations. It’s been hailed a triumph by Nintendo and Niantic, the companies behind the game.

Many leading health experts have also labelled it a revolution. Getting people out the house walking and exploring is not only beneficial to our physical health but also many have taken to twitter and other social networks to say it’s helping their mental health issues by getting them out of bed and out the house, walking and getting some exercise.

It's had a sweeping effect to those playing the game, bringing strangers out the house and communicating with each other. Massive crowds in local parks and community centres across the world have been spotted engaging and having fun. What does that have to do with holidays I hear you ask? Well, rare species of the little computerised critters can be found outside the city you’re based in. The key is exploration and travel so taking a break in another town or city across the UK gives you or your loved ones a chance to capture new and different Pokémon and in this blog i’m going to give you the basics to start your journey.

Long time fans of Pokémon are well verse in picking their first Pokémon it’s an important step in the handheld games into becoming a trainer. Pokémon Go it’s not as important but you still need to pick. It’s personal preference and the other two you didn’t pick will still be catchable in the game.
A little tip for you: if you walk away from the 3 Pokémon in your area they will reappear closer to you. If you repeat this step 3 times by continuing to walk away from the 3 Pokémon on the 4th attempt a Pikachu should appear for you to catch.
To catch the Pokémon you’ll need to throw Pokéballs at it by sweeping your finger upwards towards the Pokémon. You will see a reticle moving slowly in towards the Pokémon and if you wait for this to become as small as it will go, this will ensure you have the highest capture rate.
Nothing is more frustrating than attempting to capture one of the critters too many times and it escapes off leaving you without your pride and with fewer Pokéballs 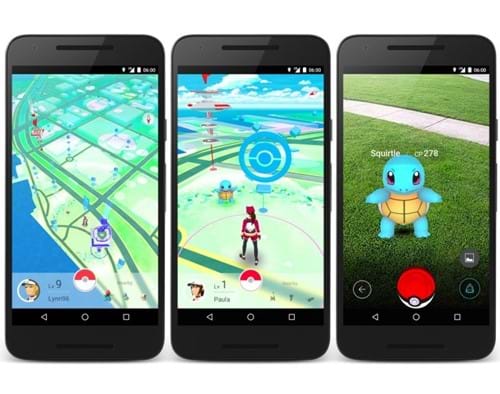 Evolutions and Powering up

Instead of actually levelling Pokémon up like you would normally in the games through battling, you need to capture multiples of the same Pokémon and hatch eggs to gain ‘Candy’ which is specific to that particular species of Pokémon. You can use these in a couple of different ways; firstly, you can use candy along with the star dust you’ve collected (also gained by catching Pokémon) to power up your monsters ready for them to control gyms. Secondly ‘Candy’ can be used to evolve your Pokémon once you’ve built up your candy collection.

A little tip for you, don’t choose to evolve straight away as the further you progress within the games levelling system, the more powerful the Pokémon. Don’t go spending all the candy at once as you’ll spot stronger creatures to catch!

Visit all the Pokéstops that you can. These are areas in the real world, usually local landmarks and are located on the game map by the light blue statues. These give you free items every time you click on them and spin the picture around. They reset every 5 or so minutes so if you’re planning on staying in one particular area for a long time then it’s perfect to restock on items!

Pokéstops can be anything from a local sign, park, church, shopping area so keep an eye out for them. 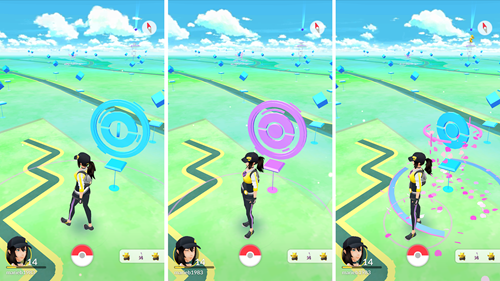 These connect to Pokéstops and to your avatar. They bring Pokémon to your location so are best used near Pokéstops and in heavily built up areas like city centres. There’s two types of Lures: one is a personal lure which will be displayed on the in-game map by pink mist around your character.

The other is a Pokéstop Lure which you attach by clicking on the stop, and pressing the little white box above the picture and selecting the lure. Lure Modules - as they are called - enables everyone around the Pokéstop to benefit from the Lure, whereas the incense is used for yourself only. Go ahead and open up the app in the city centre area and you’ll see the areas near Pokéstops surrounded by Cherry Blossom, These are stops with a Lure Module attached to them.

Once you’ve reached level 5 you’ll have the opportunity to pick a team. These teams are Team Mystic, Team Instinct and Team Valour. These are the teams you use to control gyms. It doesn’t really matter which team you pick, but there’s a possibility that - as the game develops - there will be opportunities to capture the teams associated legendary bird.

Gyms are much like Pokéstops but require you to battle opposing teams to take control or to train in to boost your team’s reputation within that gym location. The best thing to do when it comes to picking your team is to check which one of your friends are with and team up with them. You are more efficient at taking over areas when you work as part of the same team.

Once you are in control of a gym, check the store in-game and you’ll see a little shield icon at the top. These give you star dust and poke coins, the more gyms you’re defending the more little rewards you get. The clock resets after 20 hours so you can keep claiming rewards as long as your Pokémon is still defending a gym! 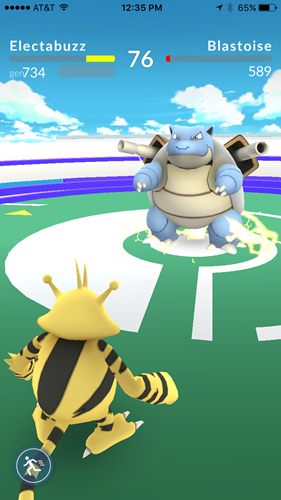 Pokémon Go is a very interesting game to play and gives you the opportunity to explore the world which we live in. It goes without saying that you need to be careful and vigilant when playing with your phone out on plain view to everyone. If you’re going on a Pokémon adventure of your own make sure you keep a spare battery or charger with you, and make sure you play in groups while in well-lit areas.

The game will wear down your battery power quiet quickly, there is however a ‘Battery Saving’ mode which turns the screen dark for when you are walking around not looking at your phone. So use this feature to conserve battery power when possible.

Have you been out capturing Pokémon this summer? Let us know in the comments below.
Essex Beaches
Blackpool Beaches