Explore the beautiful Lake and Mountains

Where better to spend your next holiday than amongst the beautiful lakes and mountains of Cumbria?

Cumbria is the most North-Western County in England, bordering Scotland. It consists of six Districts (Allerdale, Barrow-in-Furness, Carlisle, Copeland, Eden and South Lakeland), and is one of the most sparsely populated Counties in the UK.

Cumbria is formed from the old counties of Cumberland, Westmorland, part of North Lancashire, and part of North Yorkshire, and is now England’s second largest County in size. You can visit the infamous Lake District National Park - which is 30-miles across, and is home to England’s highest mountains, (with four over 3000 ft), in addition to some of England's biggest lakes. Also within Cumbria is a small part of the famous Yorkshire Dales. 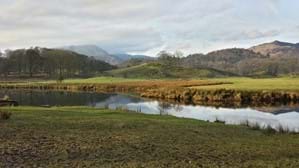 It's a little known fact, that Stan Laurel, (of "Laurel and Hardy"), was born in Cumbria, in the town of Ulverston in 1890. Many famous historical icons have connections with Cumbria or the Lake District, either because they were born there, or some of their most memorable works were done there. These include Beatrix Potter, Arthur Ransome (best known for his series of "Swallows and Amazons" children's books), the poet William Wordsworth, L.S. Lowry and even Fletcher Christian, who led the crew's revolt on board "The Bounty." 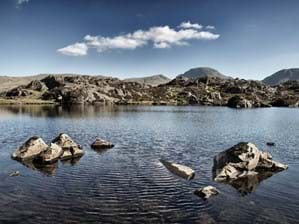 The Lake District is the largest National Park in England, and one of the most popular. It contains more than 150 high peaks, with 4 over 3000 feet, (the only mountains in England), including England's highest mountain, Scafell Pike which is a massive 3206 feet tall.

It’s an odd fact for an area named after its many great lakes, but there is only one official lake in the Lakelands: Bassenthwaite Lake. Every other stretch of water in the Lake District is actually classed as a water, tarn or mere. Windermere is the largest natural expanse of water in England, stretching over 11 miles, with Wastwater being the deepest in England at nearly 80 metres deep and is 3 miles long and over half a mile wide.

Here's just a handful of ideas to plan into your holiday:

So - now you have a few ideas of your Holiday-Days-Out...